Butwal Solar Power Project is located in the Rupandehi District of Nepal. It has become Nepal's first private sector-run grid-connected solar power project to be connected to the national transmission line. The Solar power project uses 32,640 solar panels and can generate 8500 KW (8.5 MW to say) of electricity. With this, the use of Solar energy in Nepal has begun to take to its shape.

After gaining the construction license from the Department of Electricity Development, the project started to run with the cost of total Rs. 65.5 Crores. Bank of Kathmandu, Citizens Bank as well as Nepal Bangladesh Bank all financed the loan of Rs. 490 Million with 70% loan and 30% equity investment. The project took almost 10 months to complete from the date of the Power Purchase Agreement (PPA). October 2020 is the date, the project came into operation, and the plant started to generate clean solar energy in Nepal. Ridi Hydropower Development Co. Ltd owns the project and sells the generated electricity to Nepal Electricity Authority (NEA) at the rate of Rs. 7.3 per unit. The deal will flourish through 25 years of span, and after that, the ownership will be transferred to the Nepal government.

The Butwal Solar Power Project covers approximately 26 bighas of the area in Tilotta Municipality-6, Manigram in Ruapandehi District. This accomplished project is now connected to the Amuwa substation near Bahirawa. This project was expected to generate electricity in Baisakh, but the Covid-19 Pandemic delayed the plan. The lockdown imposed by the Government of Nepal halted the work because both equipment and workforce weren't available. However, the plant started generating electricity from the month of Asoj, 2077.

32,640 solar panels are used in the project with a capacity of 330 watts that generates 8.5 MW of electricity. Plus, ten inverters are connected with a capacity of 850 KW that converts DC energy into AC. After this, 8.5 MVA transformers convert the electricity from the inverter into 33 KV and connect it to the national transmission line. 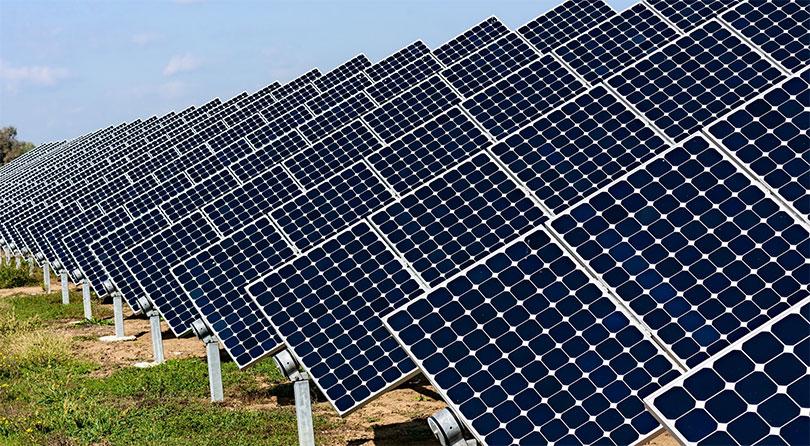 The batteries haven't been installed yet, so the solar plant will only generate electricity whilst the sun is shining. Currently, the plant is capable of generating about nine hours of electricity daily. All of the generated electricity from the plant is connected to the Amuwa substation. The project has worked to extend 33 KV lines because of the agreement struck to send the electricity to the Yogikuti substation. Local's obstruction in the transmission line expansion caused this dilemma.

There is a Power Purchase Agreement (PPA) signed between Nepal Electricity Authority (NEA) and Ridi Hydropower Development Co. Ltd. The agreement will last for 25 years, and the project will supply 14.5 million units of electricity to NEA annually.

Likewise, Nuwakot Solar Power Plant has also started to generate clean electricity. This project was completely built by a Chinese company and is said to be Nepal's largest Solar Power Plant. The plant is completely owned by Nepal Electricity Authority (NEA). The project started in 2018 and has just started to generate clean electricity. However, batteries haven't been installed, and the energy is only generated during the day. Initially, NEA planned to install 15MW by April 2020 which was delayed by the COVID-19 Pandemic Lockdown. Only 1.25MW has been installed as of June 2020, and others are to be installed soon.

All these successful Solar Power Plants will highly generate clean Solar energy in Nepal. Solar energy will also contribute to both sustainable environments as well as a cost-effective economy. The future lies within the use of solar energy, and even automobiles are slowly shifting towards using clean energy as fuel. Using clean energy will not just be beneficial to us and the environment but will also unlock more possibilities and opportunities for our future generations.

What Is Solar Energy? Pros and Cons. Why should you go Solar?