We use cookies to provide you a better experience and understand how our site is being used.
Renewable Energy: Sources and Types 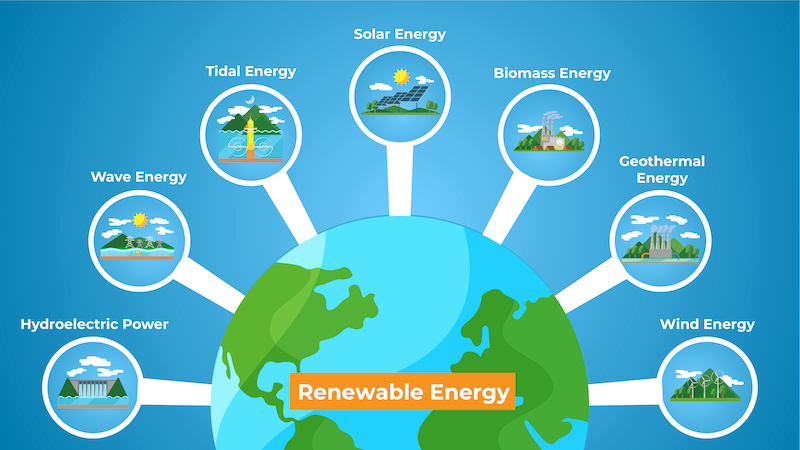 A global trend of searching for renewable energy as the primary energy source has become a growing concern to mitigate the several issues and threats of non-renewable resources. The negative consequences of green energy are significantly less, and their direct contribution to greenhouse gas emissions is almost negligible. Therefore, developing renewables as a critical player in the global energy sector is essential to promote an environmentally friendly and sustainable energy future.

To meet the global clean and affordable energy demand, one of the United Nations Sustainable Development Goals (UN SDGs), an accelerated rate of investment in renewable capacity and technological advancement favouring sustainable green energy, is essential.

In the future, the integration of the technological development made in the ongoing fourth industrial revolution may establish the sustainable green energy industry as a thriving global industry. However, it is crucial to consider the different factors, such as environmental, social, economic, technical, plan and policy, subsidy, geographical, and market availability, to develop the global renewable energy sector.

Natural sources, such as sunlight, wind, biomass, water, wave, tide, and geothermal heat, are the green energy sources. Unlike fossil fuels, these energy sources are renewable, infinite, and naturally replenished. Following are the types of renewable energy:

Solar Energy: The sunlight, being the source of solar energy, is available all the time on the planet and is renewable. It has the most significant potential among renewable energy sources.

Almost 174-petawatt (PW) worth of energy falls on the earth's atmosphere in the form of sunlight and is equivalent to 10,000 times the energy consumed by humans. Even by harnessing a fraction of this energy, the global energy insecurity may reverse (Rhodes, 2010). 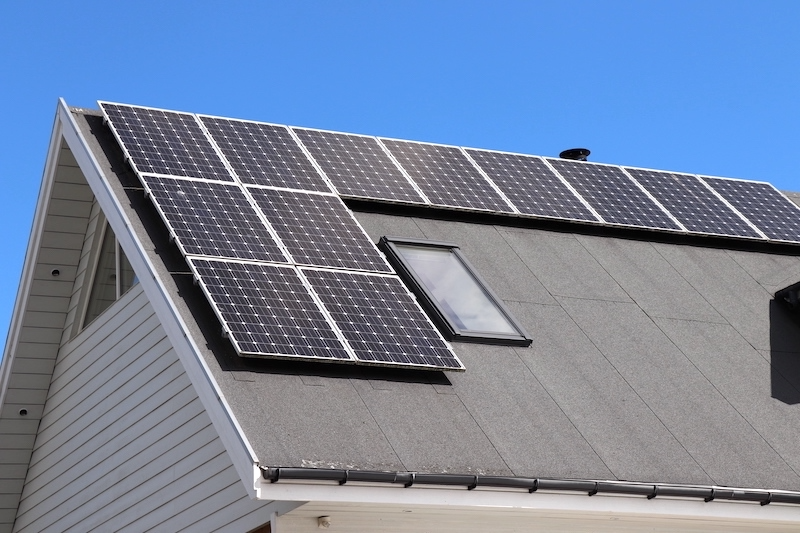 ii) Solar-thermal systems: This system can store heat and produce electricity. Solar thermal systems capture the solar radiation in the form of heat and then use that heat mainly for two purposes:

a) to produce electricity through a thermal cycle process, and

b) to supply heat for industrial and commercial buildings and to heat space and water for households purposes.

The solar radiation that reaches the earth's surface gets distributed over various wavelengths, and the semiconductor absorbs the light with high energy with a shorter wavelength. Then, the semiconductor gets in contact with electrodes and then exposed to solar light (Inganas and Sundstorm, 2016).

Also Read: What is Solar Energy? Pros and Cons. Why should you Go Solar?

Wind Energy: The air that flows on the earth's surface is the source of wind energy.

Wind power demands stable and unidirectional wind speed, which significantly affects the potential of wind power. However, the wind speed differs in time and space and also, the geographical and weather conditions alter the wind's movement (Tong, 2010). For instance, the higher altitude and near offshore areas provide the best options for harnessing wind energy. 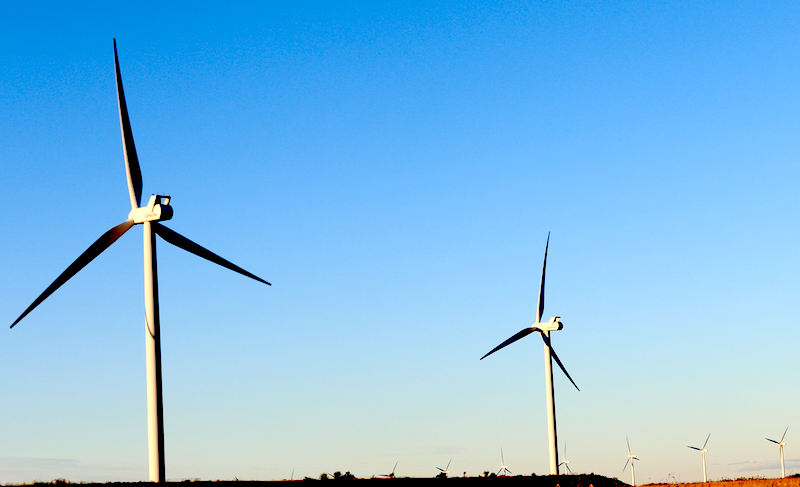 The process involves the wind turbine consisting of the tower blades, the nacelle, and the tower. The turbines consist of polyester coated glass fibre and are light grey to reduce light reflection during lightning conditions. The turbine blades rotate when faced with the wind, and each blade is angled like an aeroplane's wing to generate the lift that makes the blades spin. In the nacelle, a sensor detects the wind direction and speed. The shaft connected to a generator uses an electromagnetic field to convert mechanical energy into electrical energy (Caduff et al., 2012).

Geothermal energy: The below of the earth's crust possesses a massive amount of thermal energy generated by the decay of radioisotope of elements, such as uranium and thorium. This renewable energy source is independent of the sun's power and gravitational attraction (Younger, 2015).

The temperature difference in the earth's core and the planet's surface causes continuous heat energy generated from the centre to the exterior. The production of geothermal carries out by drilling into underground reservoirs, and the turbines generate electricity. Natural steam and hot water, a form of geothermal energy, have been utilized for decades to generate electricity (Barbier, 1997).

Peoples in some countries use this energy for cooking and heating purposes. It is one of the cheaper energy generation methods as it is continuously available. Similarly, emissions such as carbon dioxide from geothermal power plants are very low.

Hydropower: Hydropower is one of the largest global renewable energy sources and is the primary renewable energy source in the G7 countries. It has higher flexibility and storage capacity and has technical, economic, and environmental benefits. Therefore, hydroelectric power will play a significant role in the future global energy mix, especially in developing countries like Nepal, Brasil, Ethiopia and Malaysia (Chala et al., 2019). However, flooding riverside lands, alteration of land and aquatic ecosystem, hindrance of the natural flow of sediments are the few negative consequences of hydropower.

Hydropower, also known as hydroelectric power, is the generation of energy in electric form with the natural earth's cycle of evaporation, rainfall, and the force of water created in a dam. In principle, the increased water level allows water to fall forcefully. The turbine gets rotated with the power of falling water, which causes the turbine's blades to spin. The generator connected to the turbine converts mechanical energy into electric energy. Thus, the generated electricity connects to transmission lines for its distribution (Kaunda et al., 2012).

Biomass, Bioenergy and Biofuels: Agricultural residue, forest residue, animal excreta, microbial biomass, weed, and other organic waste are biomass energy, bioenergy, and biofuel. Biomass energy has remained a primary energy source for heating, cooking, and lighting since the beginning of human civilization. As biomass contains the stored energy derived from the sun, it is one such energy that produces far fewer greenhouse gases than other petroleum-based fuels. 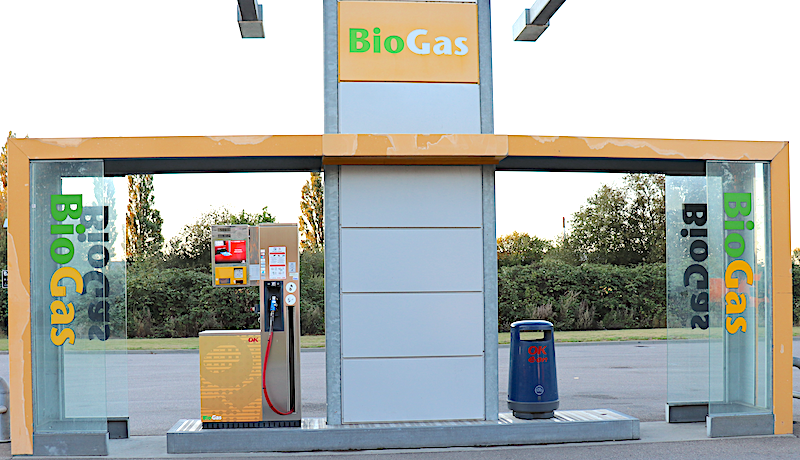 Bioenergy and biofuel exist in solid forms, such as pellets, charcoals, and chips of wood and firewoods, liquid forms, such as bioethanol and biodiesel, and gaseous states, such as biogas and syngas (Guo et al., 2015). The energy generated from biomass plays a significant role in the global energy system. Based on its current use, it is likely to increase its utilization to substitute fossil fuels (Reid et al., 2020).

Guo et al.  (2015) estimated that 30% of the world's sustainable green energy demand will come from bioenergy and biofuel by 2050. As biomass energy is a solid contributor to the world energy supply, the technological development and the production of first, second, third and fourth-generation biofuels from different carbon sources are increasing significantly.

Wave Energy: The kinetic power of the water generates wave power. The passing of wind across the seawater's surface produces waves. The converters, such as oscillating water columns, overtipping devices, and oscillating body systems, convert the waves into wave energy (Aderinto and Li, 2019). The features of the wave conversion equipment, the economic part, and the wave conditions determine the quantity of the harvested wave energy at the desired location (Mattiazzo, 2019).

Tidal Energy: The gravitational pull of the sun and moon and the centrifugal force developed due to the rotation of the earth-moon system generates tidal energy (Rourke et al., 2010). The tidal barrage approach harnesses the potential energy formed due to the rise and fall of the tides as tidal energy. Similarly, the tidal current turbines approach converts the kinetic energy generated by the flood and ebb current into tidal energy (Rourke et al., 2010; IRENA, 2014).

The tidal current turbine technology is expensive and demands further research to make it cost-effective at the commercial level (Rourke et al., 2010). Like wave energy, tidal energy is also very predictable energy as the energy source is almost not influenced by weather conditions.

To sum up, renewable energy is a global phenomenon and is the future energy demand; therefore, the growth of global green energy is set to accelerate. The priorities and collaborative decisions made by international political leaders, policymakers, investors, and the scientific community will determine the future deployment of green renewable energy. Similarly, the local government plan and policy regarding the upliftment of the renewable energy sector is equally important.

With the growing concern for green energy, there is an increasing demand for a better integrated system and technology for sustainable applications. Also, it is crucial to understand and evaluate the financial feasibility and other optimization parameters, such as safety and durability, to make clean, safe, reliable, and affordable green energy. The integration of different green renewables will be the sustainable energy system of the future in the world.

Mattiazzo, G. 2019. State of the art and perspectives of wave energy in the Mediterranean sea: backstage of ISWEC. Front. Energy Res. 7, 114 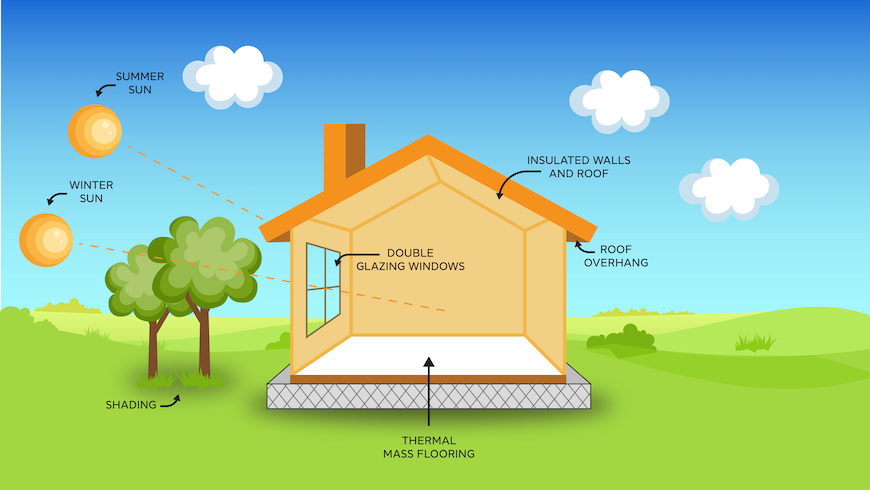 Thermal Mass Use for Heating and Cooling [Updated 2021] 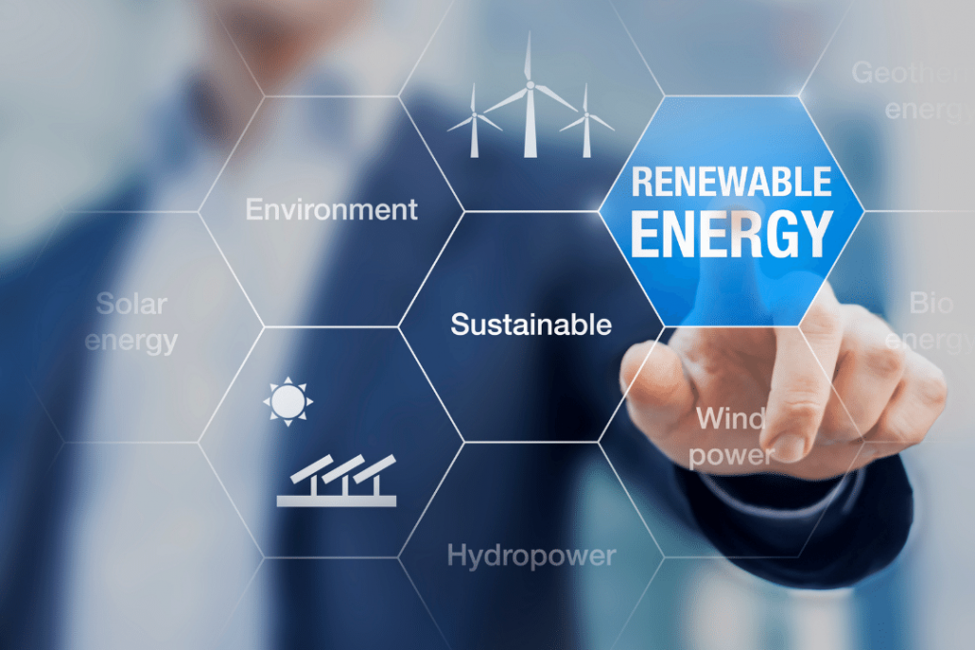