We use cookies to provide you a better experience and understand how our site is being used.
How Renewable Energy will transform the world? 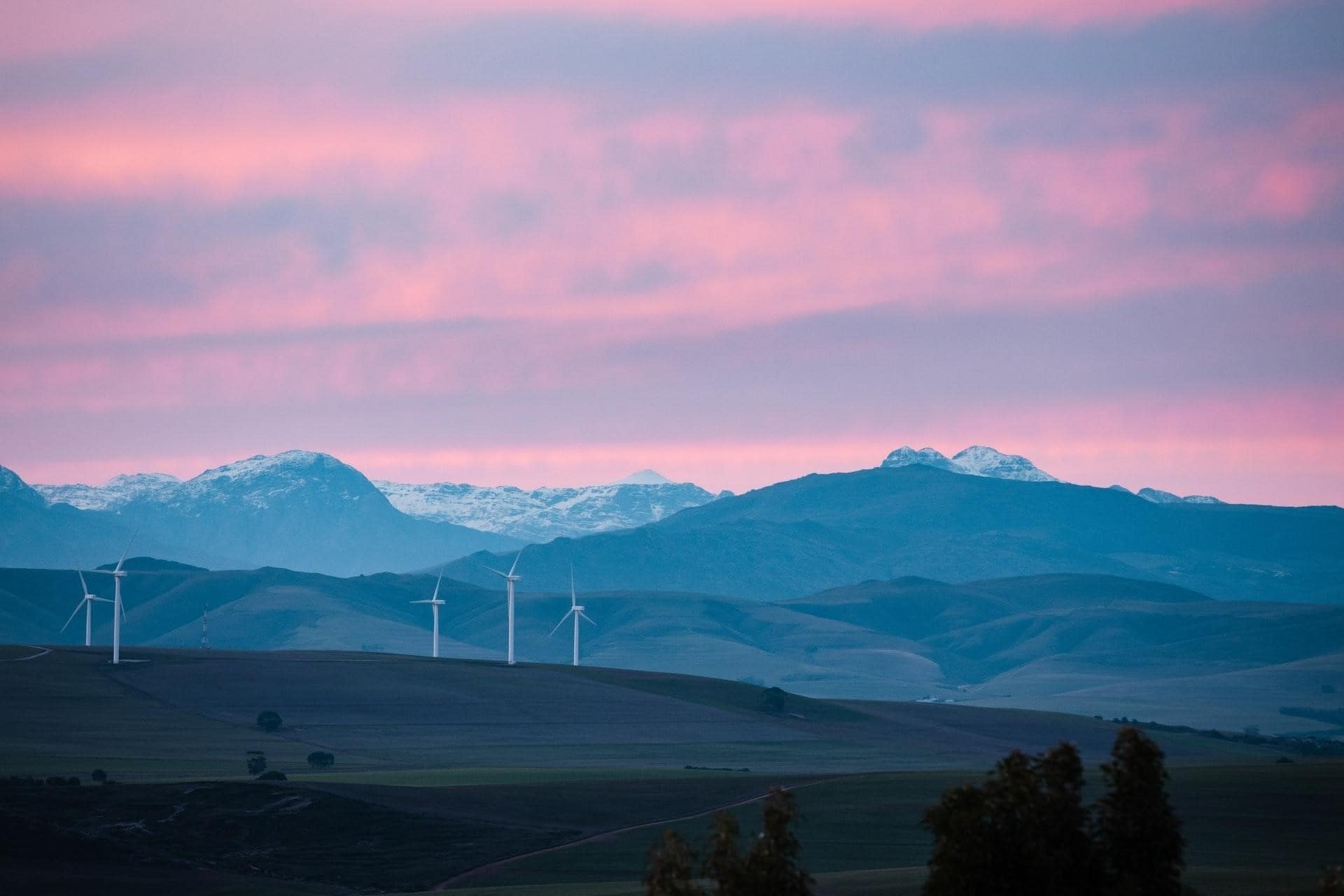 The potentiality of humans to create innovative and technologically advancing resources with simply fossil fuel is extraordinary. However, as time progressed, our activities started becoming ruthless and have been knowingly/ unknowingly hampering mother nature as a whole. To mitigate risks like climate change and global warming, renewable power as solar, wind, biomass, and geothermal energy came into action. Gradually, people started being more aware of the adverse effect of rising temperature and other greenhouse gases, and switching to renewable energy for a sustainable future seemed like a great choice.

Nature is no doubt a wonderful gift to mankind, she gave us everything to produce and sustain our life. But, as all action has an equal and opposite reaction, mother nature started fighting back and we have been prone to more natural disasters for the rightful reasons. We’ve been using fossil fuels for everything like cars, industries, bulbs, and other everyday things for about 150 years. The rapid burning of fuels has exhausted our planet and so it’s high time we start using renewable energy resources and make use of their emerging technologies at the ease of our own home.

Looking at the devastation caused by “dirty” fossils that had taken over the planet, renewable energy or clean energy became more natural yet dependable. The countries especially rich in fossil fuels fail to see the implication caused and heavily depend on exporting oils, gas, or coal and such perishable comfort does not have much of a future. As impactful as the solution is, it has become a powerful tool with which it’s easy to decentralize energy supply while empowering local communities and cities. After making optimum use of these resources, they generate employment through industries, fuel energy in powerhouses with their limitless capabilities, and are a harbinger of a clean, green, and healthy environment.

We often take renewable energies to be alien or completely new forms of technology but cultivating nature’s power has been used throughout history. Mostly, it has been used for transportation, heating, lighting, and many more. However, people still seem hesitant to make the best use of these resources as harnessing them for proper use means the alarming cost for installation and smooth running of the operation. Renewable energy technologies like hydropower and geothermal have been cost-competitive for years and people are incorporating them into everyday lives.

So what are the most common renewable energy resources? Let’s talk about that:

Around the globe, wind electricity generation has been turning the tables from the particular effort of the U.S., China, and Germany. At the time of 2001 to 2007 alone, the cumulative wind power and capacity increased at an astounding rate of 539, 000 megawatts from 23, 900 megawatts. Now we can see turbines as huge as skyscrapers and have successfully become an inexpensive energy resource source in a global context. The best to harness and maximize the effectiveness of such turbines is by placing them in hilltops and open plains where high wind speed accelerates at an incomprehensible speed. 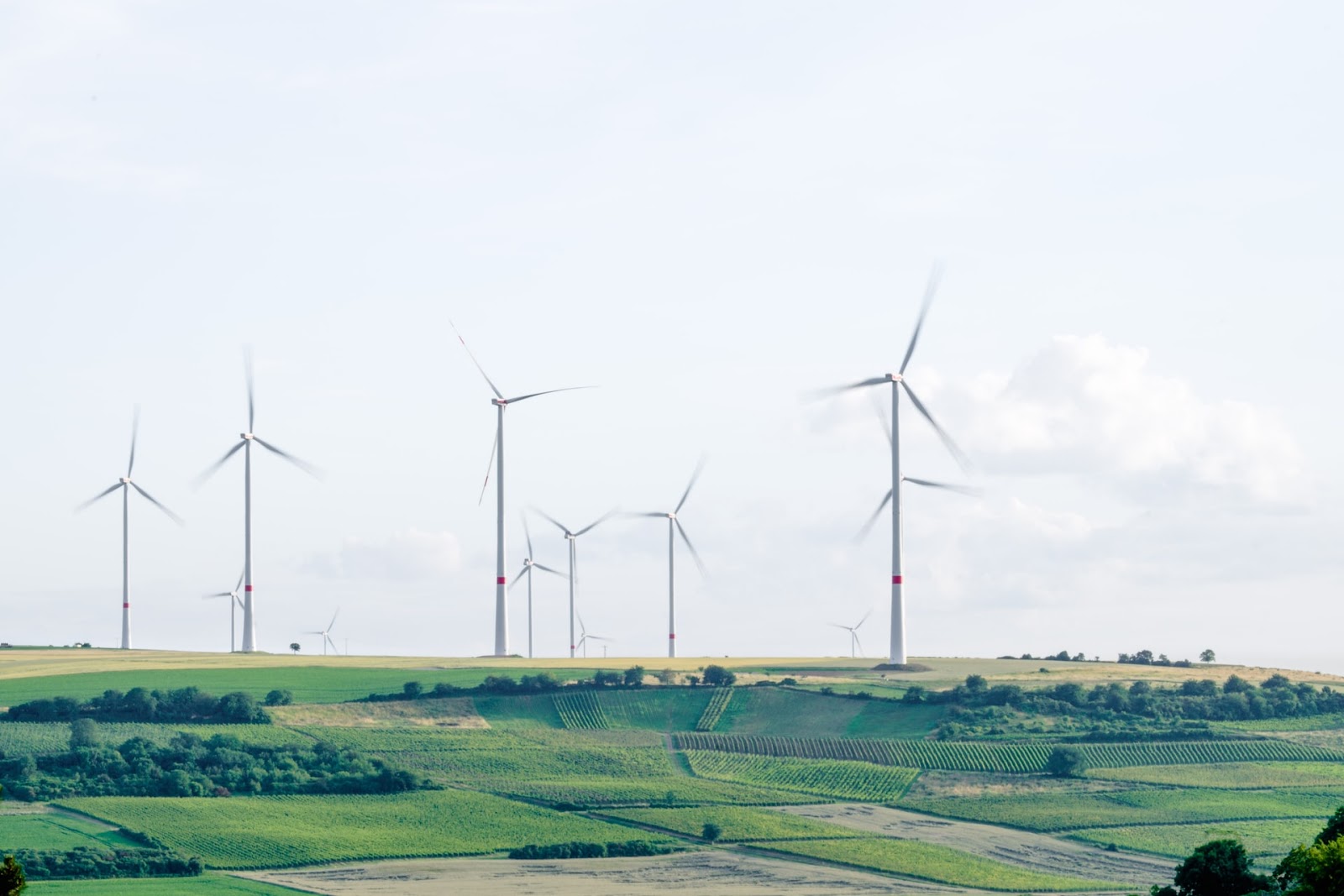 Humans have been making use of solar power since the beginning of time. The function of it is as simple as staying warm, growing crops, and drying food products. Understanding the lengths of its effectiveness, solar or photovoltaic (PV) are cells made from silicon, and a few other components help to harness electricity from the direct heat of sunlight. In a community, solar systems generate power either from rooftop panels or projects that help enlighten the entire neighborhood. Although, during the manufacturing process, it exerts some level of exhaustion that can damage the environment, a solar farm can generate power for thousands of homes without producing air pollutants. 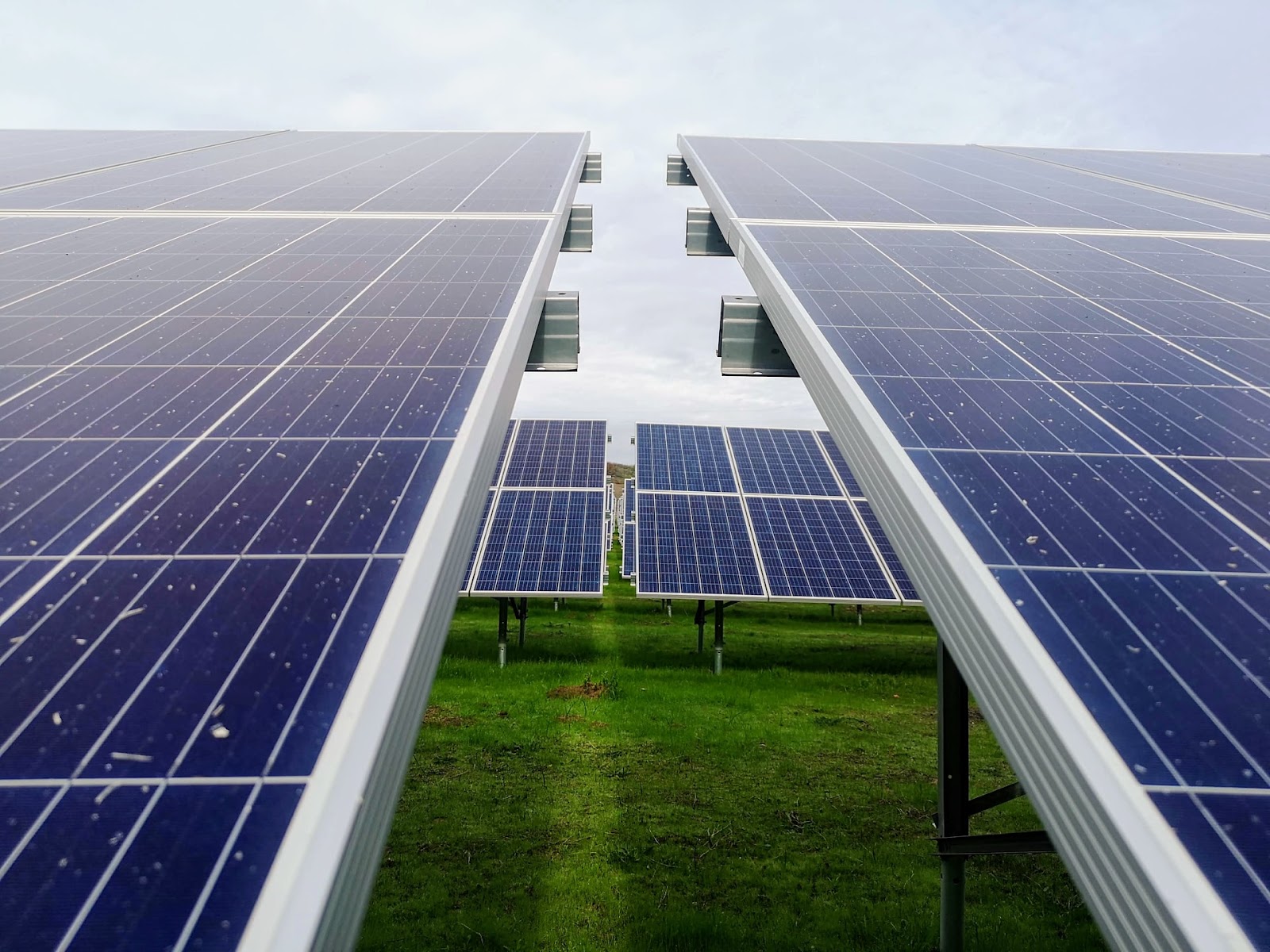 Typically speaking, biomass energy is the most organically sufficient renewable energy from the residues of plants and animals. Since we are using crops, trees, and waste wood, you might think, ‘How can they possibly deplete the surroundings?’ Studies have shown that biomass formed from forests is subjectively more responsible for producing a high level of carbon emissions rather than that of fossil fuels. Be mindful as to only choose a renewable energy source that exerts less carbon like sawdust and chips. Before using biomass energy, we should figure out the best options that rightfully fit the criteria of safeguarding the environment. 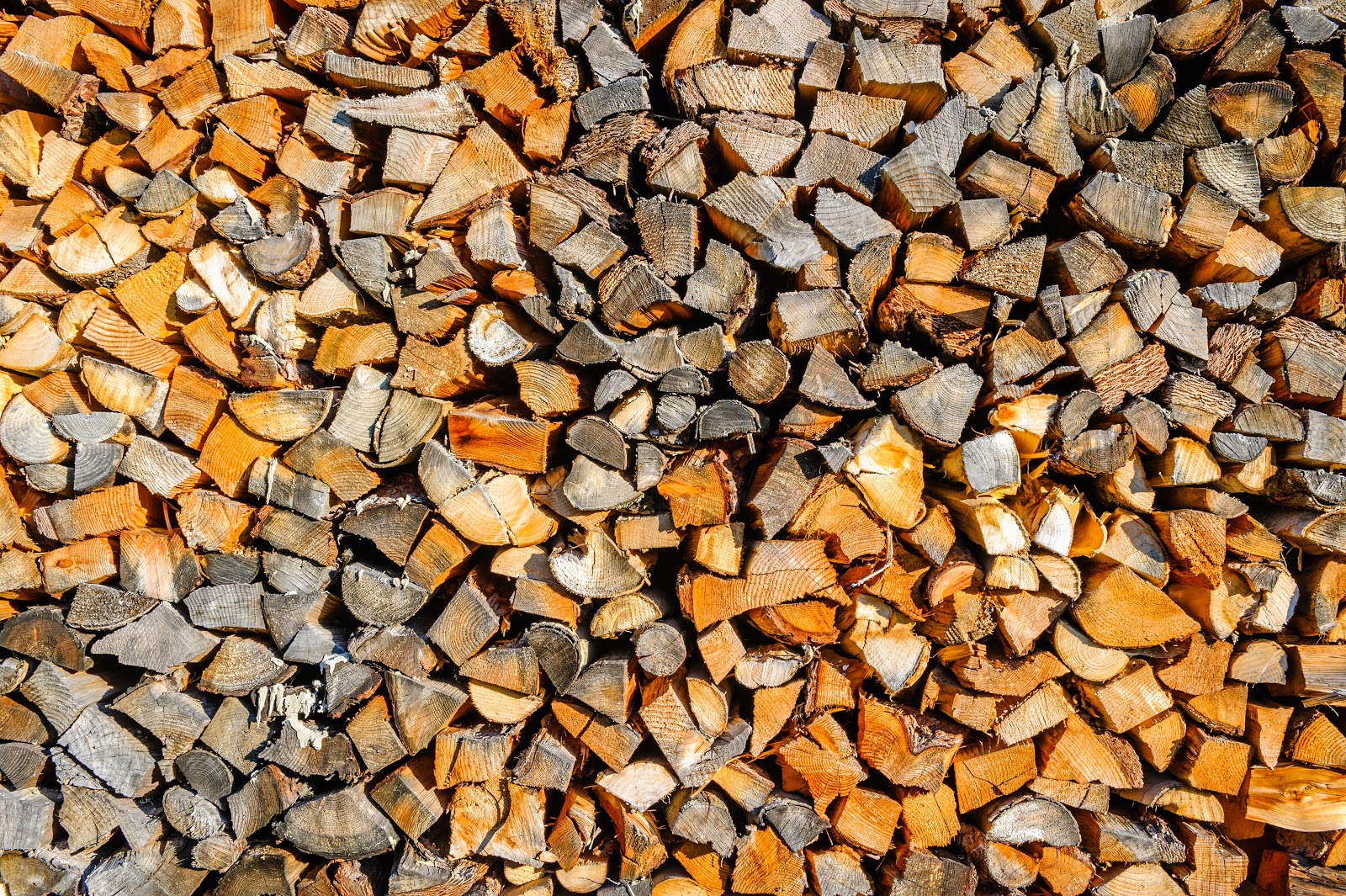 Have you ever wondered how a hot spring came into existence? Well, the internal heat of the earth acts as natural fuel for activities that involve cooking and heating in the form of geothermal energy. So, to bring extremely hot underground water to the surface, drilling deep wells to get access to it is the way to go. The deeper you go, the deeper is the potentiality of producing more electricity. One can say that this renewable energy source is the most dependable as it’s always available in comparison to wind and solar energy. However, one side effect is the foul smell that it gives off after its exertion. If you can handle that, you can make exponential use of the resource. 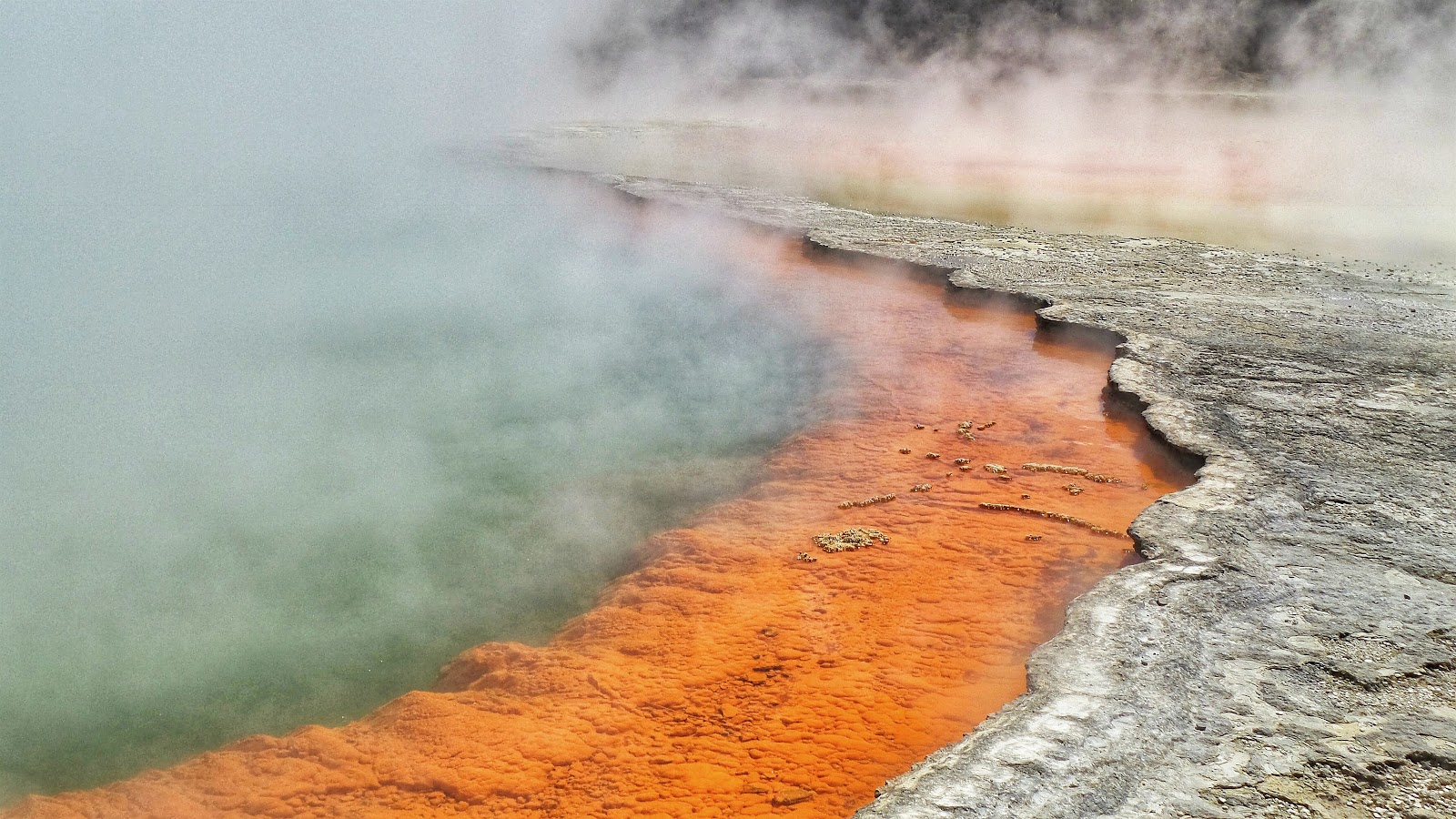 Looking at the number of benefits these resources provide, in the United States, they have set forth renewable portfolio standards in the form of policy to encourage people to generate some percent of renewable energy making use of nature at its best.

Throughout the world, more than 100 cities now stand at using 70 percent of renewable resources and have been incorporating it in everyday life whether it be installing solar panels or generating electricity through a wind turbine. Other beneficial policies that can accelerate the growth of renewable energy include carbon pricing, building efficiency standards, and fuel economy standards.

The consciousness has spread in countries like Norway that vouches on making comprehensive plans to expand their horizon beyond fossil fuels and lean towards the renewable side. Making the best use of modern-day energy, they want to venture more beyond oil and gas production and have the right tools for development as well.

Major influential technological companies like Google and Apple have now fully assimilated renewable resources and have actively propounded their ever-evolving use. This transitional shift creates more energy jobs than the ones provided by fossil fuel industries while boosting the global GDP by 1% by the time we reach 2050.

So why is everyone stressing about using these resources at this point?

Well, it’s the right time to strengthen the drive towards global energy transformation as electrification is widespread, energy efficiency is improving, there is a speedy decline in renewable energy costs, and the prevailing use of “smart” technologies with strategic policymaking.

To guarantee a certain future, we should move forward with an attitude that involves economic activities, promotes inclusivity, and creates environmentally favorable conditions for global energy transformation.

According to research, the renewable energy source for generating electricity is estimated to increase by almost 7% in 2020.

The continual installation of newer and efficient plants is causing steady growth in the production of renewable electricity.

In 2019 alone, global electricity production scaled at an astounding rate of 6% and has increased the number by 27%. All the while solar and wind PV technologies are increasing at 64% ( IEA).

How can we further enhance their performance? We can do so by introducing affirmative economies, innovative technologies, pervasive resources, and assimilating the growth of socio-economic benefits that acts as major components that cater to the transition phase.

However, to omit the level of carbon dioxide emissions, we will require new technologies, particularly in the manufacturing and transportation sectors.

International Renewable Energy Agency (IRENA) has been exploring two paths of development in the sector. One standpoint is through Current Plans meaning moving forward with current plans and policies that create a pathway for a clean and climate-resilient Energy Transformation journey.  For that matter, some major progress can be seen in the price ranging of traditionally expensive electric vehicles as they are selling them at a comparable price by the mid-2020s.

There is no doubt an inclination towards a competitive business model and investment. As a result,  IRENA estimates the global cost of electricity would fall 26% from onshore wind, about 59% from solar photovoltaics, 37% from concentrated solar power technologies, and so on. All that remains is to evaluate and integrate transforming energies in every sector of the world for a better tomorrow.

Overall, our main goal should be to create a world that is the exact opposite of the one built underpinning the basics of fossil fuels. For a smooth transition, we should address climate change issues, tackle issues of pollution, and encourage prosperity towards a sustainable future.

With proper evidence, recent studies show that the world can indeed shift towards 100% renewable energy production and prospects of growth can be seen in all sectors like transport, heat, power, and desalination. Hopefully, by the second half of this century, we can shift the dynamics of the world from a fossil-based structure to a zero-carbon mechanism. 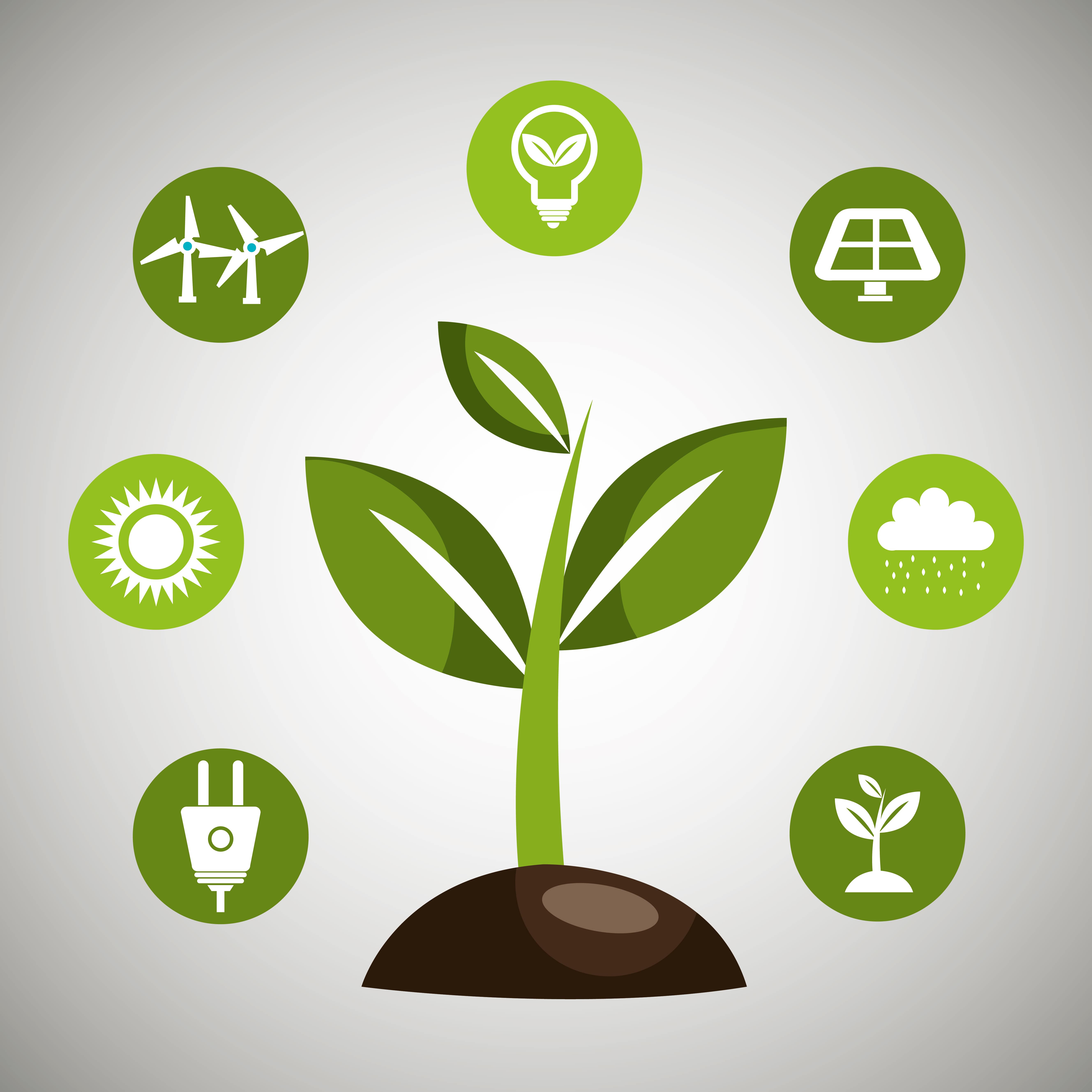 The environmental implications of Renewable Energy

The environmental implications of renewable energy   One might think that only harmful en... 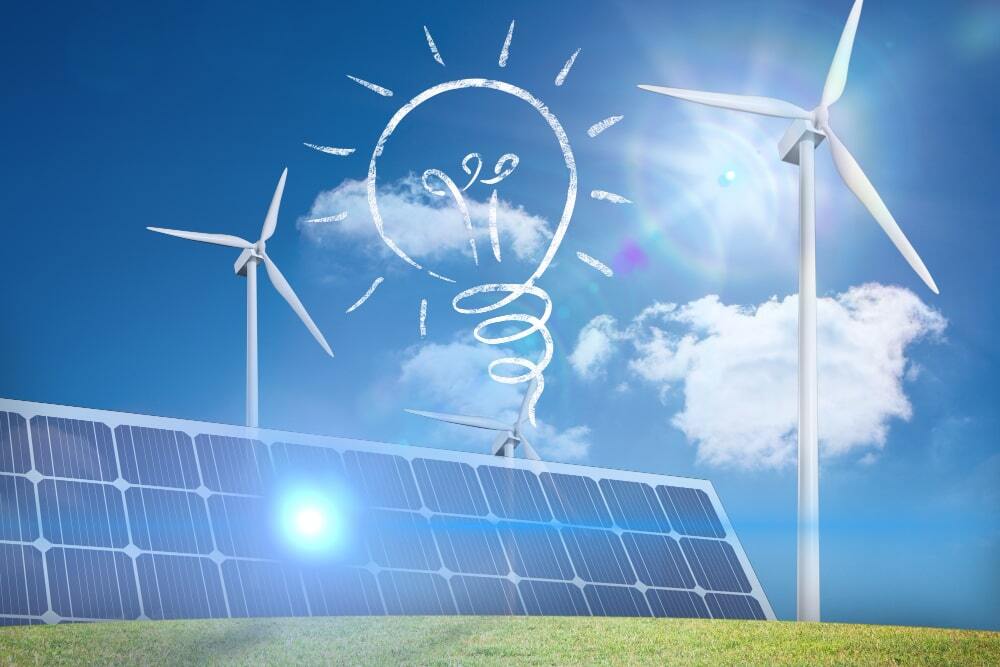 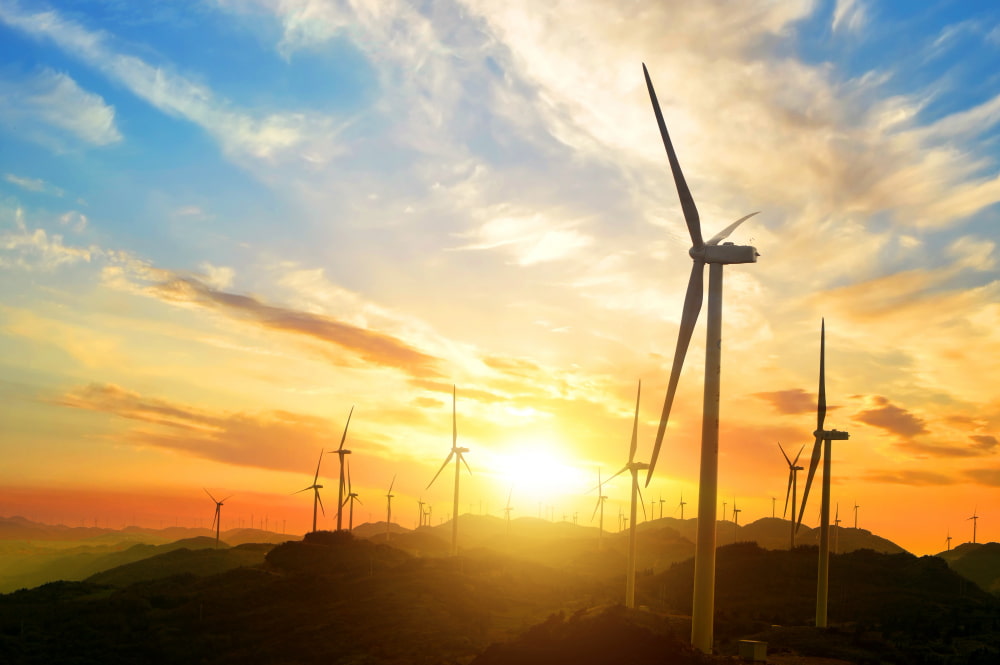 Denmark is one of the cleanest countries and when it comes to renewable energy, the country has beco...